So we COMPLETELY Hulk-smashed this Kickstarter goal with 21 DAYS LEFT! As of this morning, the Metroid project is 115% funded and it is listed among the most popular campaigns on Kickstarter! Big thanks to everybody who’s liked, shared, tweeted, posted, texted, called, prayed, and of course contributed! Because there are three weeks left in the campaign, the new goal is to raise enough to make an epic Metroid music video! Please check out the Kickstarter for details if you haven’t contributed but would like to: http://bit.ly/sammusmusickickstarter 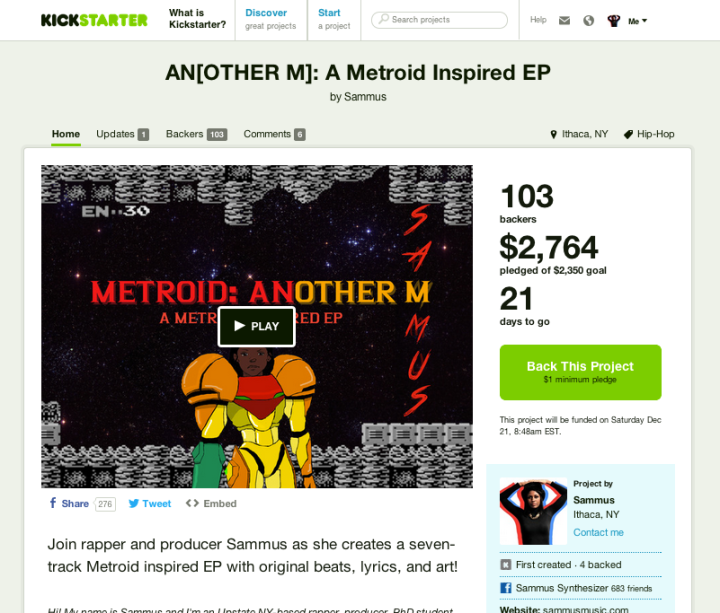