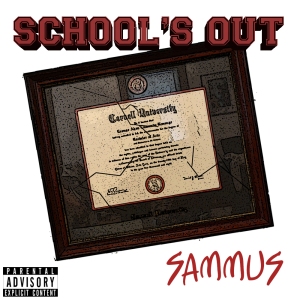 As Sammus begins suiting up she is overcome with emotions. What will happen down there? She had just barely escaped her encounter with M’other Brain alive and she’s heard many stories about Light Sammus over the years, none of which seem promising for a positive outcome. She hesitates for a moment and then boards the pod that will be transporting her out of the space station. After getting the okay from Captain Casey she launches into outer space and toward her fate.

Sammus disembarks from the pod just minutes after a bumpy landing on an abandoned highway. As she steps out onto the road she surveys her environment. Dark clouds stretch as far as the eye can see, temporarily ignited by flashes of lightning across the gray sky. She can hear the syncopated rumbling of gunfire in the distance. Her eyes rest on the ruins of a large city a few miles off. Through her helmet she zooms in to get a better look around. The skyscrapers are covered in vines, monorail cars are spotted with rust, and the rest of the city’s infrastructure is crumbling. Spray-painted on billboards and buildings are messages and warnings, presumably scrawled by the group of freedom fighters that first alerted Sammus’ crew to their existence — <> <> <> <> — Shaking her head she mutters, “Looks like the end already came and went.” She sighs and begins walking toward the city to get some leads.