Some of you might remember that I had a show that was originally supposed to be held in November that was then moved to January 20th because of Hurricane Sandy. Welp, I just found out that the show has just been rescheduled AGAIN to Thursday JANUARY 17TH [frowny-face]. And instead of being in Manhattan, the set will now take place at SRB [177 Second Avenue] in Brooklyn at 8 pm. I apologize to any and everybody who had plans to come on the 20th but hopefully you can make it on the 17th. Tickets are going to be $10 and if you are interested in getting a ticket, please hit me up on twitter @sammusmusic. Did I mention that the show is actually a $2000 contest? Wish me luck! 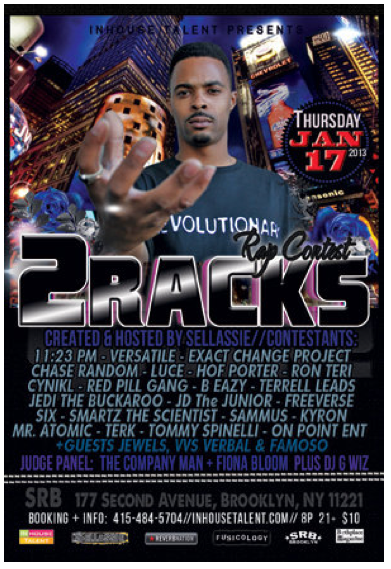